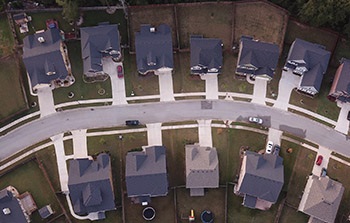 There's so much activity happening in the Greater Des Moines area, it's hard to keep up with it all! Whether it's the discussion about the regional water trails initiative, new apartments, or the latest Microsoft or Facebook data center, Des Moines is a thriving capitol city.
While downtown is a great place to live (and it is!), there is also a lot to be excited about if you find yourself and your family out in one of our many thriving suburbs.

Ankeny is a growing city just north of Des Moines and lately, it's received a lot of attention, being dubbed as a highly desirable place to live and growing in popularity with young families and professionals. Ankeny’s outstanding schools, low crime rate, low unemployment rate, and high median income are enough to make anyone considering suburban living take a closer look. Not to mention the community’s natural resources and cultural opportunities add an irresistible charm. The income levels in Ankeny are above average, employment rates are high, and the city has great access to nature and parks!

Johnston is a thriving community by every definition of the word. The city has appeared in multiple “best places” lists in recent years, including, "Best Places to Live” (#16, Money, 2016), “Best Places to Live in Iowa” (#3, Movoto, 2014), and “Best Suburbs in America” (#25, Business Insider, 2014).
Although Johnston’s low cost of living, high median income, and convenient access to Des Moines may be enough to entice many to move here, the booming suburb has much more to offer both locals and visitors. The trails are incredible. The schools are great. And it's location just north of I-80 make it a thriving suburb with quick access to all the other suburbs and downtown.

Nestled between the cities of Waukee and Urbandale, Clive has one of the of the most-used amenities in the entire metro: The Clive Greenbelt Trail. The trail connects to all area neighborhoods with its 11.3 miles of winding paths and is just one of the many reasons to make Clive home. Besides the trail, Clive boasts some of the area's most popular restaurants and its citizens average just under 40, making it a great place to live.

The city of Urbandale is separated by I-35 & I-80, and its residents enjoy a high standard of living, with a per-capita income 44% above and median household income 57% above the national average. Unemployment in Urbandale is exceptionally low – only 2.2% as of November 2015, compared with 3.2% across Iowa and 4.8% nationwide.
Additionally, the Urbandale Community School District is recognized as a leader in Iowa education, having received Iowa Recognition for Performance Excellence awards in multiple consecutive years. Urbandale’s high school graduation rate is an outstanding 93.9%, well above the national average of 82.2% and even surpassing the Des Moines metro area’s impressive 89.3% rate. The school system also boasts math and reading proficiency scores significantly above state and national scores.

AreaVibes.com rates Waukee the fourth most livable place in Iowa, noting its low crime rate, affordable cost of living, and wealth of local amenities. Niche.com agrees, giving the city an A+ overall, and Movoto.com rates it the #1 place to live in Iowa. The median household income in Waukee is 48.5% higher than the national average, and the median individual income is 56% higher.
Waukee is home to several beautiful public parks and nearly 20 miles of urban trails to make traveling by foot or bike a safe and pleasant alternative. The acclaimed Raccoon River Valley Trail (RRVT), which has recently been designated an “Iowa Great Place,” has a trailhead in Waukee that will soon be the first site of an extensive public art project that is projected to extend throughout the trail’s 89 winding miles.

Located just south of West Des Moines, Norwalk is a charming Iowa town with a growing population nearing 10,000, and is big enough to be active and thriving yet small enough to be a friendly, safe Iowa community.
Like many Iowa towns, Norwalk is known for being a great place for families with outstanding schools and plenty of green space. Even among cities in Iowa, however, Norwalk stands out. In 2014, Movoto named Norwalk #6 of the best places to live in Iowa, and last year, Nerdwallet placed it 8th in its list of best places in Iowa for young families.

The city of West Des Moines has a lot going for it, too! With two great shopping centers, ample dining options, and endless local hot-spots, West Des Moines is a destination for everyone across the metro. Not only that, major employers have made West Des Moines "home," including Hy-Vee and Athene.
If you have a dog -- large or small -- then Raccoon River Park is a perfect amenity for you and your furry friend. There are two dog parks with plenty of space to let your dog run around!