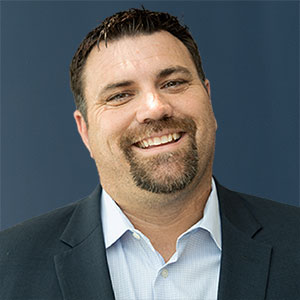 Derek Haugen oversees the Indigo Living portfolio of more than 6,300 apartment homes in two states. As Vice President of Hubbell's multifamily division, his responsibilities include oversight of all daily operations including budgets, staffing, policy and procedure, and marketing plans. He has played an integral role in Indigo Living's exponential growth over the last decade, and client success is his top priority in helping achieve their goals. He was promoted to the role of VP in June 2022.

Derek first joined Hubbell in 2009 as the on-site manager of Somerset, a 331-unity market rate property in Des Moines. In 2012, he was promoted to the position of Regional Manager, where he oversaw 700 apartment units in the Des Moines metropolitan area. He had a special focus on securing and maintaining third-party management contracts, handling the onboarding process of new-construction apartment communities, and developing a single-family rental home portfolio.

Derek is a Certified Apartment Portfolio Supervisor®, illustrating his commitment to the industry, exemplary customer service skills and expertise in multifamily management.