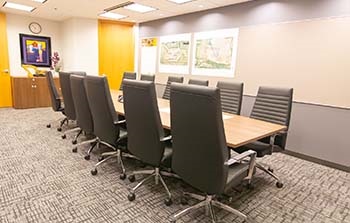 “I feel like we’ve seen an uptick in activity in 2022,” said Korey Birkenholtz, a vice president at CBRE|Hubbell. “Folks are out in the market, looking and touring spaces. … The deal velocity isn’t where we want it to be as far as leases getting signed, but we are encouraged with the amount of activity that we’re seeing.”