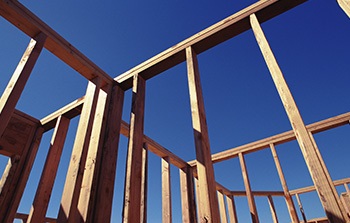 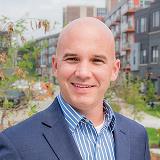 Why Lumber Prices Have Increased & What's Ahead in 2021

Since the beginning of the COVID-19 pandemic, there have been countless market changes including major volatility in the lumber market. Between shortages and escalating prices, the National Association of Homebuilder's (NAHB) estimates lumber prices have increased nearly 170% since mid-April. The residential construction industry prices continue to tick up and many multifamily construction projects slowed or halted.

The pressures can be felt everywhere, including here in the Midwest. Casey Port, Vice President of Hubbell Construction Services, met with Hubbell's longtime trade partners Kim Beisser and Dennis Oder from Beisser Lumber on site at Centennial Crossing, a new rental home community in Waukee.

Oder and Beisser have seen the increases firsthand, witnessing some of the changes start in mid-spring with slowing imports.

"Some of our whitewoods come from Canada and the firs come from Washington, Oregon and Idaho usually. With COVID, the mills cut back production and laid off people thinking the housing market wasn't going to happen, but it did happen," explained Oder.

"COVID was the biggest factor for curtailment and slowdown and the homebuilding business didn't really slow. It created a demand for product and that's where you see price increases starting," said Beisser.

The pair said despite the tumultuous market demand across the nation, homebuilding in Iowa, specifically in single-family, didn't slow. Instead, it hit record levels of buying and selling.

Hubbell Homes set new records in September for sales at 34 in one month. Hubbell Development and Construction Services also surged forward on projects like Edencrest at Tuscany, an assisted living and memory care facility, as well as LINC Apartments.

COVID-19 also forced many people to work from their homes. The more time people spent looking at their rooms and yards, the more project ideas piled up.

"There has been shortages, no doubt, especially in treated decking and lumber. Everyone started building their decks being home and it was hard to keep up," said Oder.

At one time, Beisser reached the point where they halted selling products to new customers.

"A couple of months ago, we stopped selling to a non-customer in order to protect our current customers," said Beisser.

The global pandemic is not the only reason lumber prices have surged. Natural disasters have also been unrelenting in 2020.

"The forest fires and hurricanes have played a part. Rail car shortages were another thing that affected it and then trucking and transportation was a separate issue, but we had a problem there too," said Beisser.

"The cash market is up 120% since April and has come back down 20%, but that's still up 100%," said Oder. "It'll take a while before regular people get to see the drop. The carts that we purchased at that higher price are still six weeks out. We have to get that inventory in and get that moving before moving that lower-priced inventory."

The most recent estimates from the NAHB show that lumber prices are trending downward from mid-September, but they are still extremely high. At one point, framing lumber prices peaked above $950 per thousand board feet but now are closer to $750.

"We're doing a lot more bidding now and not hearing back. That means the project is either stalled and overbudget or refactoring trying to get the price down, especially on the commercial side," said Oder.

"Next year is looking good for the first quarter. I think prices will stabilize and come down. They may not come down all the way to where we were before this, but they'll level off."

Check out all of Hubbell's ongoing projects HERE.