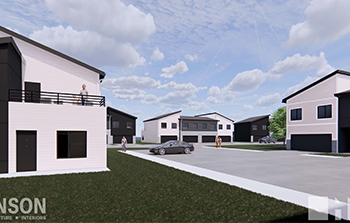 Des Moines Register: Hubbell embarks on the most projects it's ever done at once in a single city

With an average of seven people moving to Waukee each day, one of the metro's biggest developers sees an opportunity.

West Des Moines-based Hubbell Realty Co. has seven housing projects in different stages of planning and construction slated to be built in Waukee over the next two years. Kris Saddoris, vice president of development, said it's the most projects the company has pursued in one place at one time in the Des Moines metro.

Hubbell plans to build nearly 1,050 units, including single-family rental homes, apartments, a senior living facility and condos. It will spend more than $214 million on four of the projects; the remainder don't yet have price tags.